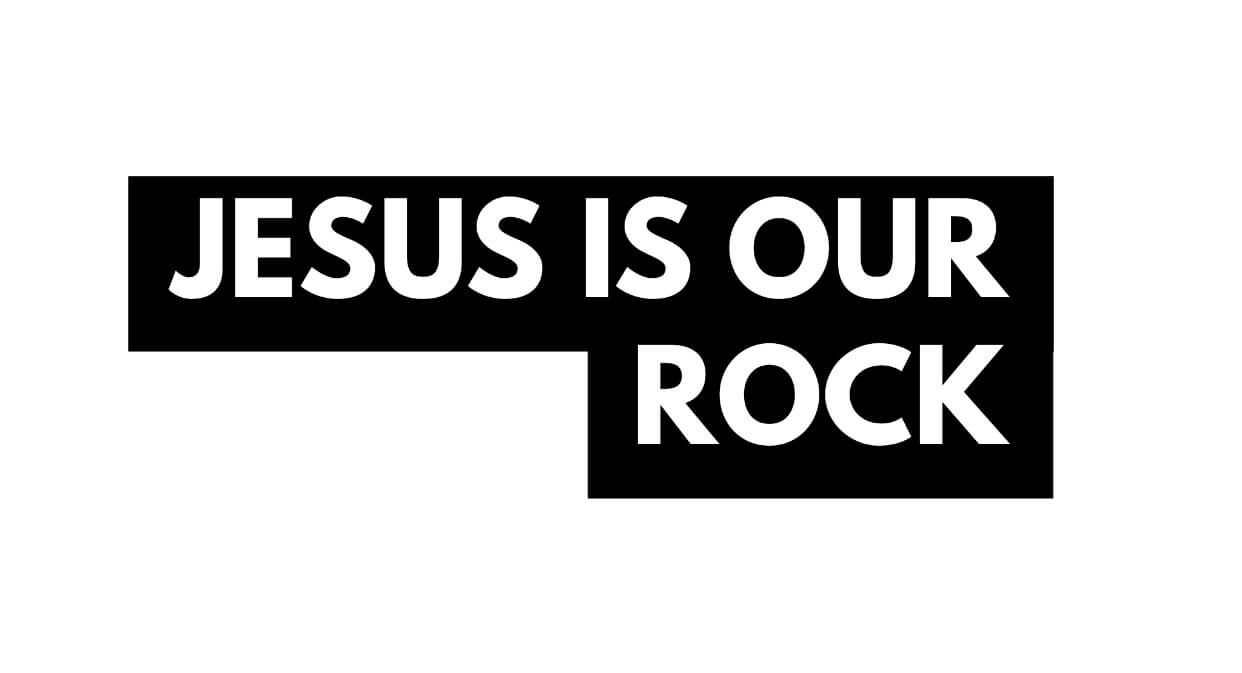 The rock is to remind us that God’s way is perfect and He is our strength and power.

God is our PROTECTOR.

Listen to me and save me quickly. Be my rock of protection, a strong city to save me. You are my rock and my protection. For the good of your name, lead me and guide me. Set me free from the trap they set for me, because you are my protection. Psalm 31:2-4

‘When Jesus came into the region of Caesarea Philippi, He asked His disciples, saying, “Who do men say that I, the Son of Man, am?” So they said, “Some say John the Baptist, some Elijah, and others Jeremiah or one of the prophets.” He said to them, “But who do you say that I am?” Simon Peter answered and said, “You are the Christ, the Son of the living God.” Jesus answered and said to him, “Blessed are you, Simon Bar-Jonah, for flesh and blood has not revealed this to you, but My Father who is in heaven. And I also say to you that you are Peter, and on this rock I will build My church, and the gates of Hades shall not prevail against it. And I will give you the keys of the kingdom of heaven, and whatever you bind on earth will be bound in heaven, and whatever you loose on earth will be loosed in heaven.”’ Matthew 16:13-19

The rock is to remind us of those whose hearts have become hard and we are praying God will penetrate their heart like a hammer and break it to pieces and give them a soft and receptive heart.

“Is not My word like fire [that consumes all that cannot endure the test]?” says the L ord , “and like a hammer that breaks the [most stubborn] rock [in pieces]?’ JEREMIAH 23:29

‘“When the people return to their homeland, they will remove every trace of their vile images and detestable idols. And I will give them singleness of heart and put a new spirit within them. I will take away their stony, stubborn heart and give them a tender, responsive heart, so they will obey my decrees and regulations. Then they will truly be my people, and I will be their God. ‘ Ezekiel 11:18-20

God can PULVERIZE the enemy in your life.

Let this rock remind you that rocks directed by the hand of God can defeat and crush any enemy you face. When we take the ROCK (Jesus) which is the Word of God and sling it at our greatest enemy—that enemy cannot stand. Jesus is GREATER than any and all enemies we will face. The only real power the enemy has over the Christian armed with the Rock is believing the lie that the enemy is too big and powerful. What enemy in your life do you need to learn to sling the ROCK at?

He took his shepherd’s stick and then picked up five smooth stones from the stream and put them in his bag. With his sling ready, he went out to meet Goliath. The Philistine started walking toward David, with his shield bearer walking in front of him. He kept coming closer, and when he got a good look at David, he was filled with scorn for him because he was just a nice, good-looking boy. He said to David, “What’s that stick for? Do you think I’m a dog?” And he called down curses from his god on David. “Come on,” he challenged David, “and I will give your body to the birds and animals to eat.” David answered, “You are coming against me with sword, spear, and javelin, but I come against you in the name of the Lord Almighty, the God of the Israelite armies, which you have defied. This very day the Lord will put you in my power; I will defeat you and cut off your head. And I will give the bodies of the Philistine soldiers to the birds and animals to eat. Then the whole world will know that Israel has a God, and everyone here will see that the Lord does not need swords or spears to save his people. He is victorious in battle, and he will put all of you in our power.” Goliath started walking toward David again, and David ran quickly toward the Philistine battle line to fight him. He reached into his bag and took out a stone, which he slung at Goliath. It hit him on the forehead and broke his skull, and Goliath fell face downward on the ground. And so, without a sword, David defeated and killed Goliath with a sling and a stone! He ran to him, stood over him, took Goliath’s sword out of its sheath, and cut off his head and killed him. When the Philistines saw that their hero was dead, they ran away. 1 Samuel 17:40-51