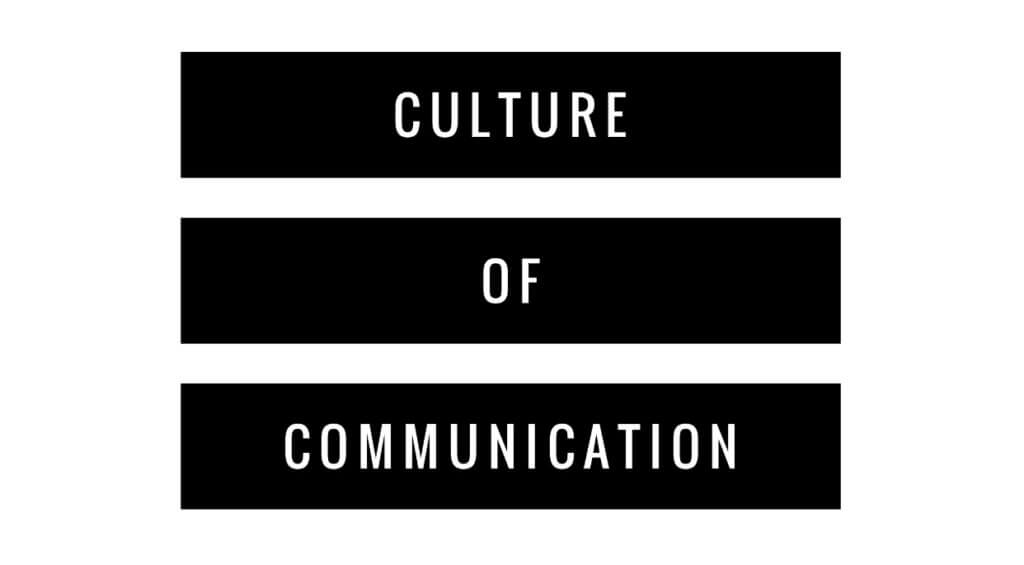 Culture – is simply “this is how we do things here”—you do it so much it becomes automatic and second nature. Communication is only as effective as well as it’s received. Communication is a 2-way conversation between Communicator and Listener.

Nobody cares more about your ministry and responsibilities than you do. If you need something communicated, you have to be diligent to make sure you are understood and that what you are communicating connects with that person.

Ask clarifying questions. Don’t understand something ask. If you see/hear something going on that may affect you or your ministry that you don’t know about—ask. Clarity is King.Self-Communicating – There are a lot of good things you can do, but what is the best/greatest? What’s the cost—energy, time, people, and money? Busyness will get you bogged down.  When/How does it need to be communicated—Communications Meeting. Delegation—Delegation without investigation is abomination—inspect what you expect. Listeners take notes. Communicating to the people. Are we trying to do the works of service without instead of equipping the people to do it?

Now the whole world had one language and a common speech. As people moved eastward, they found a plain in Shinar and settled there. They said to each other, “Come, let’s make bricks and bake them thoroughly.” They used brick instead of stone, and tar for mortar. Then they said, “Come, let us build ourselves a city, with a tower that reaches to the heavens, so that we may make a name for ourselves; otherwise we will be scattered over the face of the whole earth.” But the Lord came down to see the city and the tower the people were building. The Lord said, “If as one people speaking the same language they have begun to do this, then nothing they plan to do will be impossible for them. Genesis 11:1-6

And everyone present was filled with the Holy Spirit and began speaking in other languages, as the Holy Spirit gave them this ability. At that time there were devout Jews from every nation living in Jerusalem. When they heard the loud noise, everyone came running, and they were bewildered to hear their own languages being spoken by the believers. Acts 2:4-6

Those who believed what Peter said were baptized and added to the church that day—about 3,000 in all. Acts 2:41

When I think of all this, I, Paul, a prisoner of Christ Jesus for the benefit of you Gentiles… Ephesians 3:1

Their responsibility is to equip God’s people to do his work and build up the church, the body of Christ. Ephesians 4:12

Good job James! You and the church have welcomed us with loving open arms and I thank you and God for that! Growing spiritually stronger each Sunday after your honest inspiring speech. It fills me with the presence of the Holy Spirit to go to services there. Thank you very much for letting me get closer to God and for him to teach and comfort me!
Amen
Paula