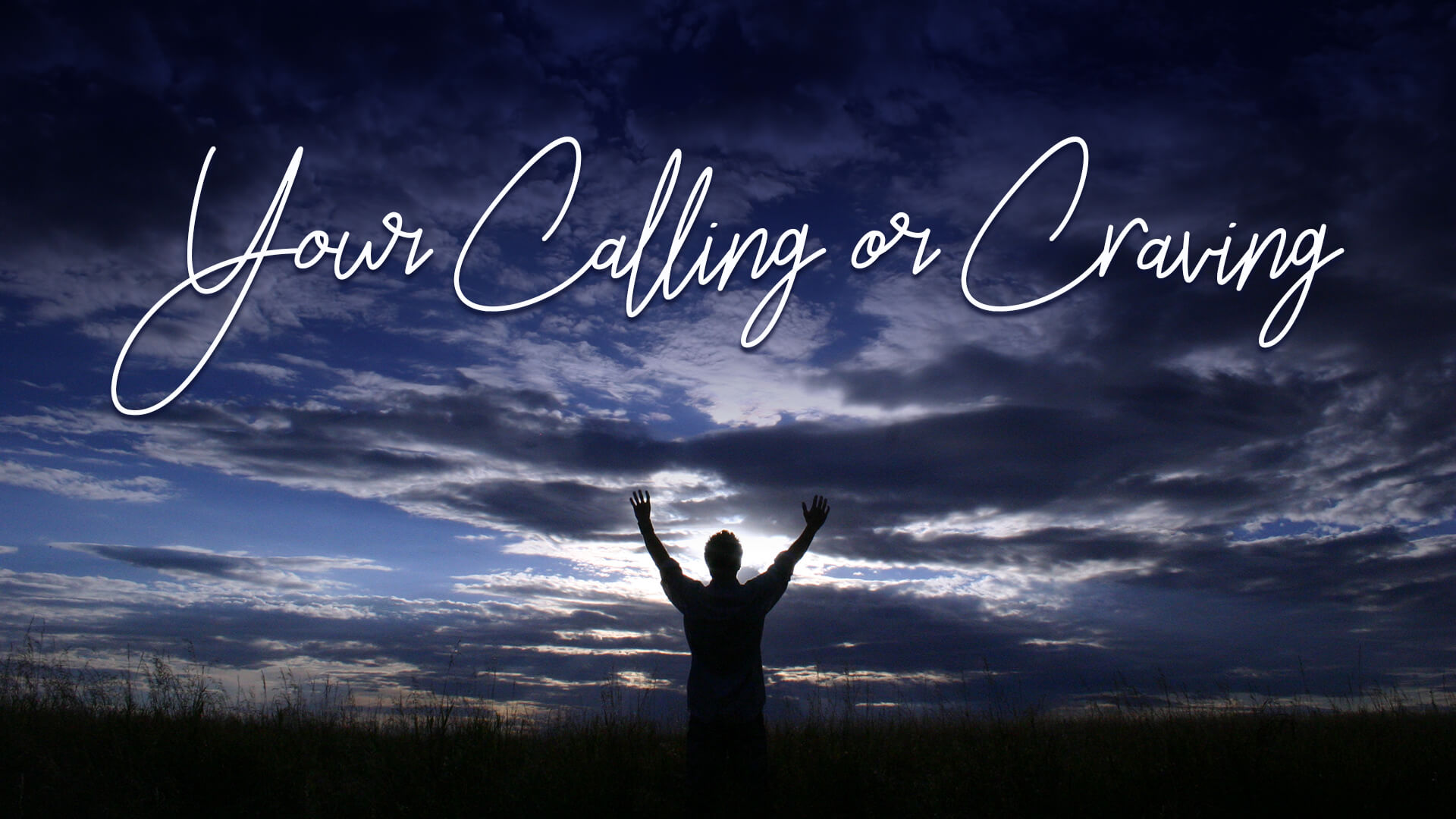 »  » Your Calling Or Craving

Samuel 3:1-6 NKJV
“Now the boy Samuel ministered to the Lord before Eli. And the word of the Lord was rare in those days; there was no widespread revelation. And it came to pass at that time, while Eli was lying down in his place, and when his eyes had begun to grow so dim that he could not see, and before the lamp of God went out in the tabernacle of the Lord where the ark of God was, and while Samuel was lying down, 4 that the Lord called Samuel. And he answered, “Here I am!” So, he ran to Eli and said, “Here I am, for you called me.” And he said, “I did not call; lie down again.” And he went and lay down. Then the Lord called yet again, “Samuel!” So, Samuel arose and went to Eli, and said, “Here I am, for you called me.” He answered, “I did not call, my son; lie down again.”

How do I know if I’m following my craving or God’s Calling? The work of the flesh is your craving.

God’s Calling
When following your calling, you will have joy and peace. We are saved, called, anointed and appointed as children of God. When we are called, we don’t walk, we run. Hearing from God, and not going through the process, we will never be used greatly by God. We will miss our calling because we are drawn to our craving—we can see physically well, but can’t perceive what God wants them to do. We need to humble ourselves and hear from older, mature mentors and listen to what God has called us to do.

Do you feel that you are following God’s call or your craving?

God’s calling will bring fulfillment; while your craving will lead to emptiness.

What is God calling you to do? Did you experience a conviction, challenge or a commitment you need to make from this devotion?