Lay Aside the Weight Of Discouragement

»  »  » Lay Aside the Weight Of Discouragement

Discouragement often feels circumstantially determined, something we can’t help feeling because powerful forces beyond our control are causing it. That’s why our response to discouragement is often passive — we sit, weighed down with a heavy spiritual listlessness looking at the world through the grey, bleak lenses of fear.

Yes, discouragement is a species of fear. It is a loss of courage. We don’t always recognize discouragement as fear because it can feel like hopelessness. We might even call it depression because we have an accumulation of fears that are intermingled and seem somewhat undefined. And, of course, if we’re discouraged, we feel depressed. We feel like giving up.

And when we feel like giving up, we are vulnerable to a whole range of temptations. When we give in to those temptations, our sin just confirms our discouragement, and we easily slip into a cycle in which fear drives us into hiding, hiding opens us to sins of selfishness and self-indulgence, and caving in increases our sense of helplessness and self-pity. So we sit, weighed down by fear and condemnation, feeling stuck.

But God doesn’t want us feeling stuck. Jesus didn’t endure crucifixion so we would live defeated. He has purchased our forgiveness of sins, our freedom from the weight of fear, and our power to overcome the world, our flesh, and the devil. Discouragement is not as powerful as it feels. We can defeat it if we confront it.

A famous biblical example of discouragement is when the twelve spies returned after scoping out the Promised Land. They reported the land indeed “[flowed] with milk and honey,” but the inhabitants were “strong,” some were giants, and the cities “fortified and very large” (Numbers 13:27–28). Ten of the twelve spies said, “We are not able to go up against the people, for they are stronger than we are” (Numbers 13:31). This so discouraged the people that they refused to trust in God’s promises and power. As a result, they wandered in the wilderness forty more years. Only Joshua and Caleb, the two faithful spies, lived to see those fears defeated.

Another famous example was the discouragement Saul and his army felt over Goliath’s challenges and taunts (1 Samuel 17). Fear immobilized all the warriors until a teenage shepherd named David arrived with faith in a huge God. He stood up to the giant, and dropped Goliath face down with one stone (1 Samuel 17:49). Then suddenly full of courage, Israel decimated the Philistines.

A New Testament example is found in Acts 4, after the same council that had facilitated Jesus’s death threatened Peter, John, and the rest of the Christians. When the apostles reported these threats, everyone felt the seriousness. But the church responded very differently than the ancient Israelites or Saul’s army. When tempted with discouragement, instead of being immobilized by fear, they responded with faith, asked God for help, and as a result “were all filled with the Holy Spirit and continued to speak the word of God with boldness” (Acts 4:31).

While we are not facing fortified Canaanite cities, or giants with javelins, or councils with crosses, we face a number of things in life that tempt us to lose courage.

One morning recently, discouragement settled over me like a thick, grey fog. I didn’t even recognize what it was at first. I just felt fear creeping over me that all my hope in God would end up disappointed. My courage started draining out of me, and suddenly I didn’t have energy to read my Bible or pray or do anything spiritually meaningful.

Then I caught myself and said, “Why am I fearing that God won’t be faithful?” Then I recalled numerous times when God had been wonderfully faithful to me, as well as numerous times I had felt needlessly discouraged — just like this time.

I began to talk back to my fears and to the devil: “No! I’m not falling for this again!” I prayed for God’s help. Then I took up my Bible and in my scheduled readings read this wonderful text:

Therefore lift your drooping hands and strengthen your weak knees, and make straight paths for your feet, so that what is lame may not be put out of joint but rather be healed. Strive for peace with everyone, and for the holiness without which no one will see the Lord. (Hebrews 12:12–14)

Faith-fueled courage poured in and revived me. The grey, depressing outlook changed into a color-filled world of hope in God. And my spirit, which just minutes before had cowered in discouragement, was full of the bold energy of the Holy Spirit.

Satan loves to tempt us with discouragement because he knows we are easily intimidated by what is or looks dangerous and overwhelming. He casts God as the bad guy for bringing us to this hopeless place, and then encourages us to feel justified in feeling discouraged. The way out of this demonic deception is to confront the discouragement head on. How do we do this?

When we’re discouraged, remember the Canaanites, remember Goliath, remember the council, and remember your own stories — when God showed up to deliver you from discouragement. What discourages us is not as powerful as it feels in the moment. We overcome our fear by confronting our discouragement and exercising faith in God’s promises. Those are precious moments in which we will see the power of God.

Lay Aside the Weight Of Discouragement

View other resources for Discouragement | Help4Hurts 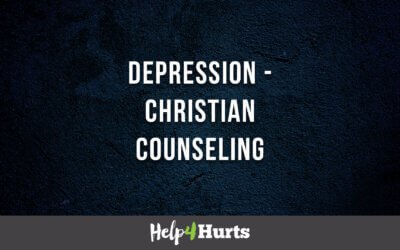 Christians experience three levels: #1 - Mountaintop Days – when everything is going well and the world looks bright. This is temporary; things can’t look like this forever. #2 - Ordinary Days – where we work at our usual tasks neither ecstatic nor depressed. #3 -... 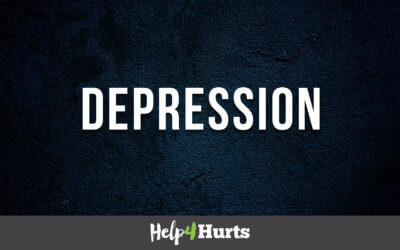 Depression occurs two times more often in women than in men and is three times more prevalent in higher socioeconomic classes than in lower classes. Depression has more to do with anger than with sadness. Clinical Depression – when one is so depressed that their... 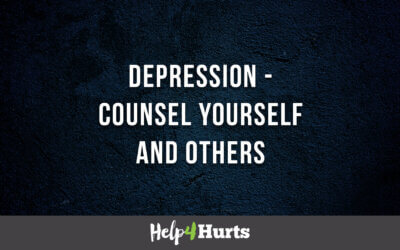 Depression – Counsel Yourself and Others

Depression is a mood marked by sadness and gloom – sometimes appearing for no apparent reason – which produces unusual disinterest in life and sometimes a deep sense of despair. The symptoms of depression are not hard to detect: - Loss of appetite- Loss of sleep-... 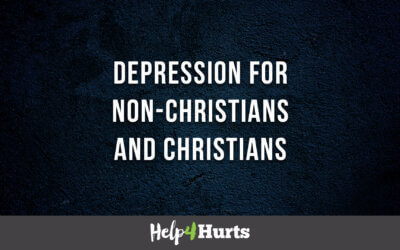 Depression for Non-Christians and Christians

Depression – an emotional condition, either neurotic or psychotic, characterized by feelings of hopelessness, inadequacy, gloominess, dejection, sadness, difficulty in thinking and concentration, and inactivity. Both Christians and non-Christians can suffer... 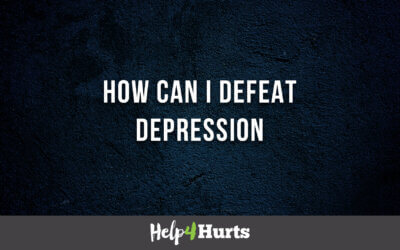 How Can I Defeat Depression?

Depression is one of the great problems in the world today. It has been called the common cold of emotional illnesses. Everybody gets depressed at times, but some people are depressed nearly all the time. Even great saints get depressed, and Elijah was just such an... 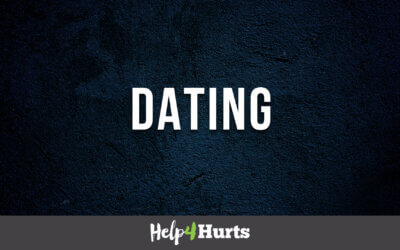 While dating is not specifically addressed in the Bible, we can extrapolate godly principles for dating from God’s word. The Bible’s wisdom is good for all seasons and times of life. When considering dating, we should also consider how we can honor and glorify God in... 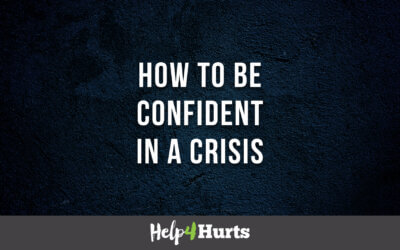 How to be Confident in a Crisis

The Storms of Life The Bible teaches us that there are three kinds of storms in life: storms that we bring on ourselves (like Samson and his self-induced troubles), storms that God causes (like the one that Jesus stilled on Lake Galilee), and storms that other people... 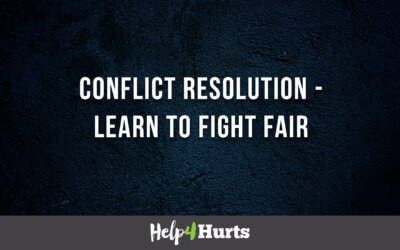 Conflict – two or more people trying to occupy the same space or control the same resources.   Fighting Fair Learning to handle conflict correctly is the tunnel to intimacy. (1 Corinthians 14:32-33, NKJV)Believe that every conflict can be resolved if both parties... 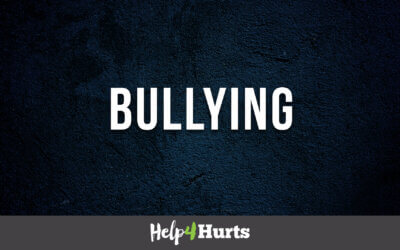 Bullying can come in a lot of ways, but it often comes in one of four forms: Verbal: Includes name calling, teasing, and racial or ethnic slurs Social: Spreading rumors, leaving people out of activities, and turning on friends Physical: Includes hitting, punching,... 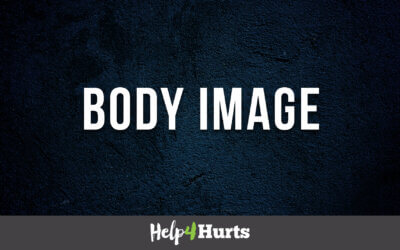 We are bombarded every day with the media’s perception of beauty and how people should look. These false views often cause us to struggle with our own self-image and appearance.  But comparing ourselves to others—especially models and celebrities is unhealthy and...